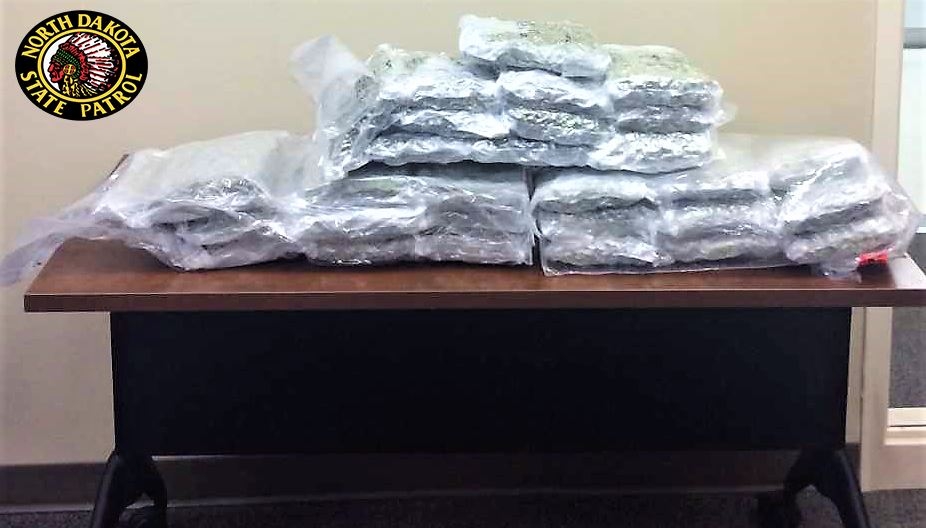 (Marijuana found in the vehicle)

On Wednesday, a ND Highway Patrol trooper stopped a pickup traveling east on I‐94 near mile marker 159 for exceeding the speed limit and illegally tinted windows.

During the stop, the trooper smelled marijuana coming from the vehicle. A probable cause search of the vehicle revealed 30 pounds of packaged

The two suspects, Ulises Rodriguez and Deandre Nixon, were traveling from Portland, Oregon to Pittsburgh, PA via Minneapolis.