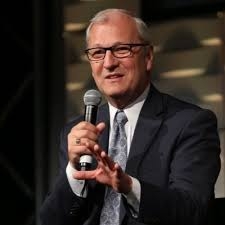 (Fargo, ND) -- U.S. Senator Kevin Cramer (R-North Dakota) tells WZFG Radio that he's been asked by President Trump to audit the entire process of how federal border wall projects are awarded. Speaking Friday on Scott Hennen's "What's On Your Mind" radio program on AM1100 The Flag, Cramer said "We're going to do an entire audit. I've asked for the entire bid process, and all of the bid numbers.  Many of these RFPs don't even ask for price, they award these things based on the experience of the company and then they negotiate the price later.  It's all old, antiquated bureaucracy."

Cramer has been a harsh critic of the Army Corps of Engineers' process as vendors are selected to replace existing sections of border wall, and bid on new border fencing projects. He's publicly called for new contractors, such as North Dakota-based Fisher Industries, to be considered in the hopes of getting faster progress at lower prices.

"He said, I deputize you (laughing)," when asked by Hennen about how the President requested his help.  "The President said 'I want you to get in the weeds and get all the numbers you can, and all the comparisons you can and report directly to me on the outcome.'  But we're already on our way.  We've already done the FOIA's (Freedom of Information Act) and request for information, and if necessary we'll turn our results in to the inspector general, but my hope is that it straightens itself out soon."