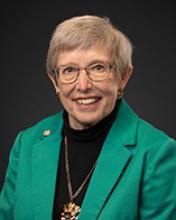 "Mr. President, I am requesting that Senate Bill 2180 be withdrawn, but not because I have changed my mind about the purpose of this bill," Senator Judy Lee, of West Fargo, said. "Which is, and always has been, to prevent child abuse."

That's the big announcement coming from the North Dakota Senate Floor this Friday afternoon, as the West Fargo State Senator announced the withdrawal during regular session at the North Dakota State Capitol in Bismarck.

Lee says the bill, due to lack of understanding of the goal and circumstances, the bill "has become a distraction" and the attention has moved from the child abuse crisis to other topics, Lee told the Senate.

In an earlier interview with What's On Your Mind host Scott Hennen, Lee defended the bill. You can listen to the full interview by clicking here.