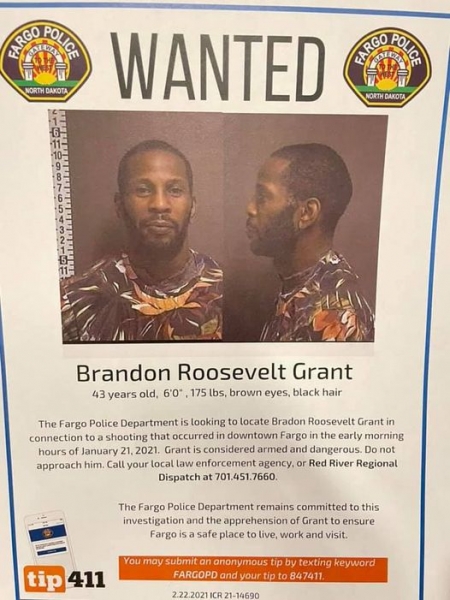 (Fargo, ND) -- Fargo Police have identified the person reportedly responsible for injuring three in a shooting behind the  Bismarck Tavern early Sunday morning.

Officers say 43-year-old Brandon Roosevelt Grant, a Fargo native, is wanted in connection to the gunfire.

Police Chief Dave Zibolski says Grant is considered armed and dangerous, and that if the public knows where he is, they should call local law enforcement as soon as possible, FPD's investigators unit at (701) 241-1407, or the Red River Regional Dispatch at (701) 451-7660.

You can also submit an anonymous tip by texting keyword FARGOPD and you tip to 847411.