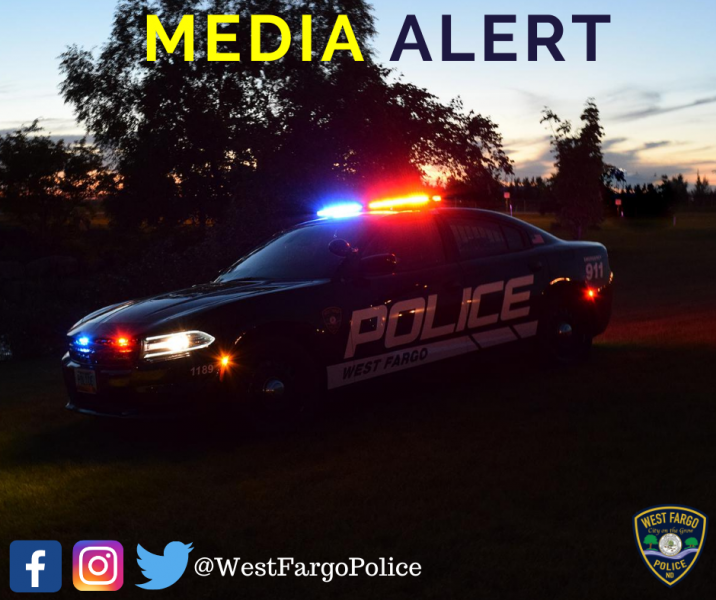 (West Fargo, ND) -- A confrontation with West Fargo Police leading to an arrest near The Double Tree Hotel Tueday evening.

At approximately 6:30 p.m., Officers responded to a report of an individual, later identified as 29-year-old Anthony Olson from the Bismarck area, having outstanding warrants for Terrorizing and Interfering with a 9-1-1 call.

WFPD were provided with a description and a photograph of Olson and notified that he may have multiple weapons on him. Upon surveillance of the area, officers received information that Olson had left the hotel and was traveling on foot. When officers found Olson, he began to resist with officers’ commands to show his hands. Once Olson did, he had a brass knuckle knife in one of them. Still not complying with demands, West Fargo Officers attempted to use de-escalation tactics to gain compliance from him, which included a Taser and a beanbag style shotgun.

Olson refused to comply after being struck in the leg with the beanbag round and began to flee on foot, while still armed with the knife. Officers pursued Olson, attempting again to tase him, which was ineffective. Olson stopped on 19th Avenue in West Fargo and laid on the ground, at one point rolling over and using the knife in a slashing motion toward one of the officers on scene, telling officers to shoot him. A Taser was again deployed and this time was effective.

Olson received medical treatment for self-inflicted wounds and then was booked into the Cass County Jail. He was booked in on his outstanding warrants, Attempted Aggravated Assault on a Police Officer, Possession of Methamphetamine Paraphernalia, and Preventing Arrest.

No officers were injured in during the melee.