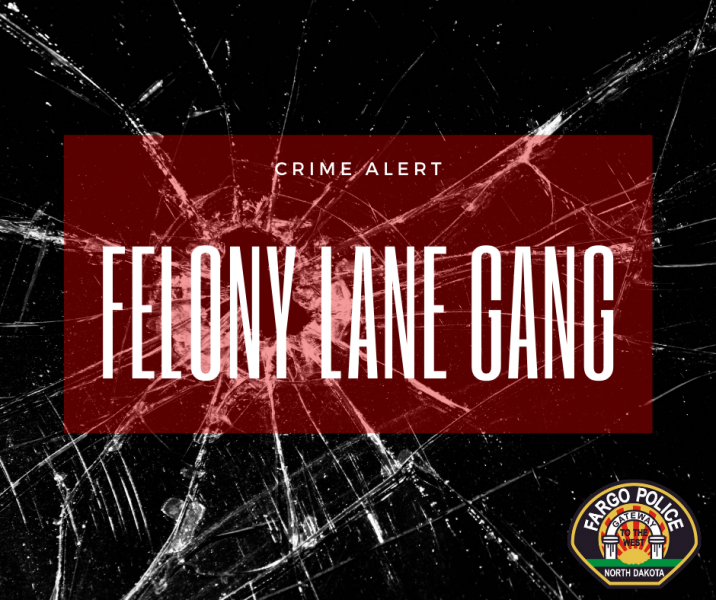 (Fargo, ND) -- Concerns of gang activity in the region being confirmed by Fargo Police Tuesday.

Authorities say that over the past few years, the Fargo Police Department has warned citizens of a theft ring riddling the country called "Felony Lane Gang." This coordinated theft ring travels across the country, breaking into unattended vehicles in parking lots targeting purses containing cash, credit cards, checkbooks, and ID's.

Officers say that while the gang has been in Fargo, they have targeted fitness centers, daycares, movie theaters, sporting events, cemeteries, and parks. This included as recently as March 25th and 26th, where two incidents occurred at fitness facilities in Fargo, and at least three other incidents which also occurred at fitness facilities in West Fargo. In these incidents, windows were broken and purses stolen from a vehicle.

In the wake of this, FPD is urging everyone to remove valuables from their vehicles when running errands, going to the gym or dropping off at daycare. If you are a victim of theft, they ask you to notify your bank and to cancel debit cards, credit cards, and checks, and also keep an eye on your credit reports.

If you see any suspicious activity, you can report it to the police immediately by calling 911. Immediate police response will be the best way to apprehend these individuals and keep others from being victimized.