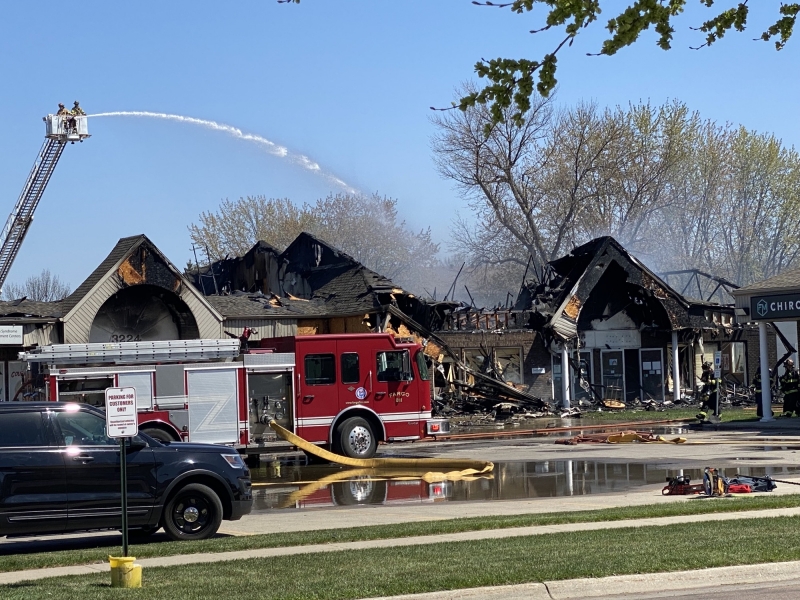 (Fargo, ND) -- The Fargo Fire Department is on scene of a strip mall on fire in South Fargo.

The call reportedly came in around 1:20 p.m. to the blaze off 20th Street South.

Reports on scene indicate thick black smoke coming from the building, and there have been reports that at least part of the roof has collapsed.

Some of the businesses in mall include Dairy Queen, Glow Tanning Salon, Gigi’s Playhouse Down Syndrome Achievement Center, Bodyworks, and a chiropractic clinic.

Fire Marshal Ryan Erickson told us the damages are massive, and that nobody will be able to use the building for quite some time.

Luckily, no injuries were reported as everyone was able to get out of the structure before the building engulfed in flames.

A cause for the fire is still under investigation. 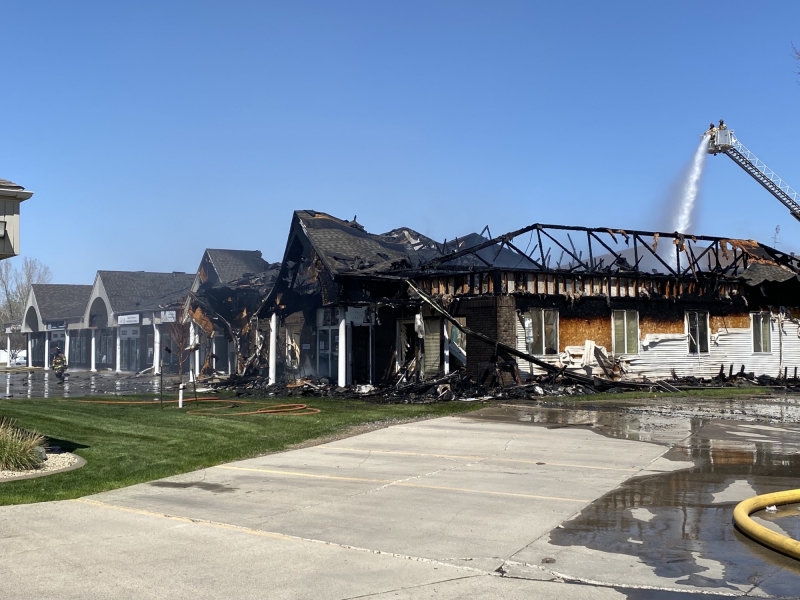