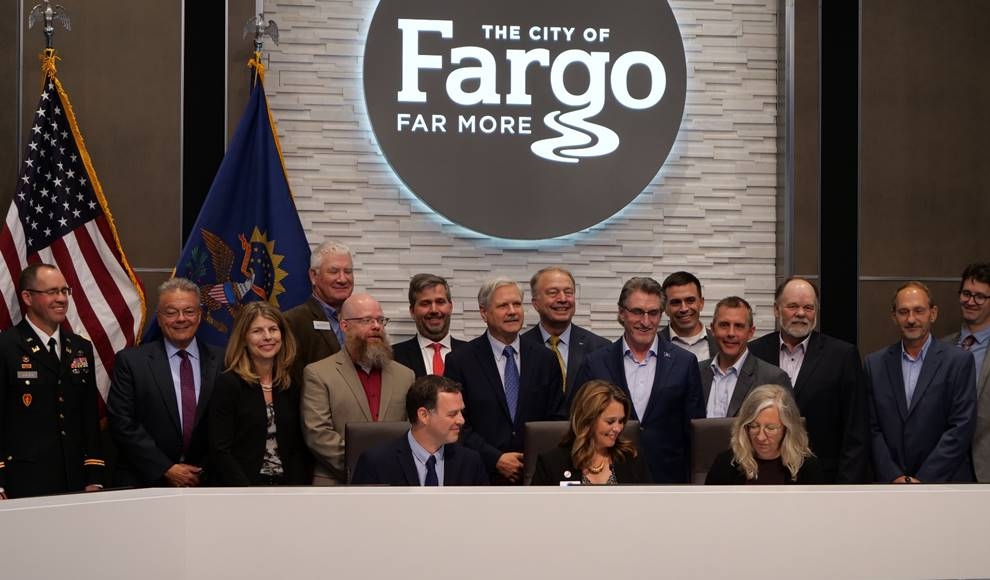 (Fargo, ND) -- Officials celebrated the signing of a $569 million federal Water Infrastructure Finance and Innovation Act (WIFIA) loan for the FM Area Diversion Project, as well as the selection of the Red River Alliance as the Public-Private Partnership (P3) developer for the project. Governor Doug Burgum was in attendance at a press conference announcing the selection of the Red River Valley Alliance, as part of the P3 that will build the project's signature water diversion channel. “The State of North Dakota made a huge commitment to the diversion project this year, approving $435.5 million in bonding that increased the state’s total pledge to $870 million, and today’s actions mark another giant step forward for the project,”

Burgum said. “The signing of the WIFIA loan and selection of a P3 developer will accelerate the diversion project’s timeline, save hundreds of millions of dollars for taxpayers and protect North Dakota’s largest metro area from catastrophic flooding, while also providing a national model for how a major flood protection project can be accomplished with local, state, federal and private sector collaboration. We’re deeply grateful to the EPA, U.S. Army Corps of Engineers, our state’s congressional delegation and all the partners whose hard work made today’s historic actions a reality.” Major construction on the P3 phase of the project is anticipated to begin early next year, with substantial completion of the diversion project expected by spring 2027.