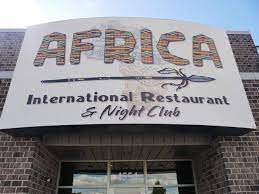 (Fargo, ND) -- In a 5 to 0 vote, the Fargo City Commission ruled Thursday afternoon to accept the recommendations of a suspension of Africa Nightclub's Liquor License in the wake of multiple incidents involving Police activity over the past few months.

Police Chief Dave Zibolski detailed numerous instances of calls to the department, including the murder of 28-year-old Dominique McNair back on May 23rd.

The Liquor Control Board met earlier in the week, where the initial recommendations of the suspension were brought to light.

The owner of the club had pleaded with officials to give him more time to tighten the ship, but was unsuccessful.

The license is suspended for at least the next 60 days, and there will be a separate meeting where the club can make it's case to get the license back.