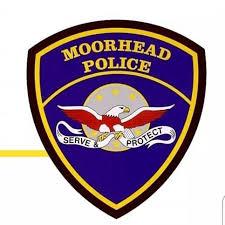 (Moorhead, MN) -- A man is in custody after a robbery investigation, but he was not involved.

Sunday at 12:20 am, Moorhead Police responded to a reported robbery in the area of 20th Street and 18th Avenue South.  During the robbery, a weapon was implied but not seen by the victim. As officers were canvassing the area, a male with several felony warrants, including a felon in possession of a firearm, was observed.

Members of Red River SWAT from the Moorhead Police Department and Clay County Sheriff’s Office, and High Plains Fugitive Task Force members executed a search warrant in the 1800 block of 20th Street South to take the male into custody.

20-year-old Miko Henry was arrested for his warrants. He has not been charged at this time for the robbery.

The robbery investigation is still active, and there is no known danger to the public.