Carson Wentz to have Foot Surgery, Out 5-12 Weeks 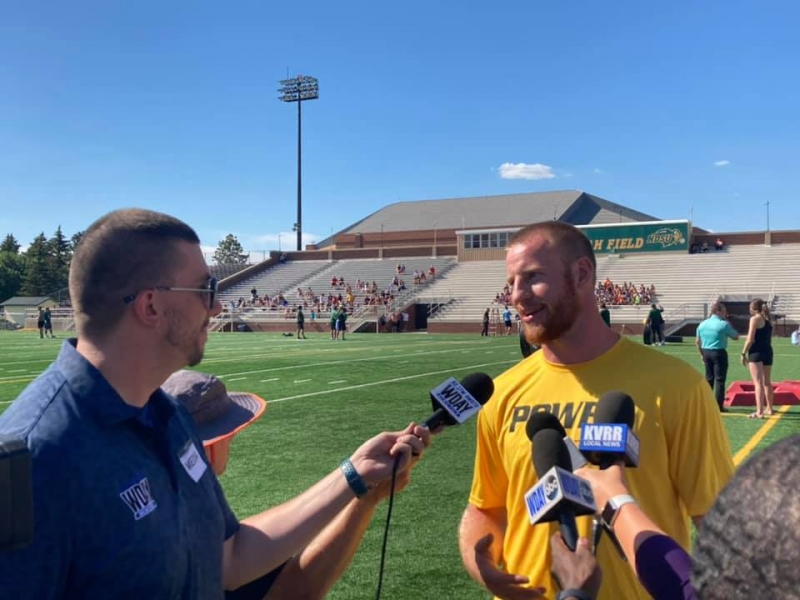 (Fargo, ND) -- A former NDSU great is set to hit the self again.

The Indianapolis Colts have confirmed to WDAY Radio that star quarterback Carson Wentz will miss at least the next near two months due to a foot injury suffered during training camp.

Wentz, who starred in his time with the Bison and won a Super Bowl despite being injured In Philadelphia, was acquired by the Colts this past off-season.

The exact timeline for Wentz's recovery isn't known, but ranges in the area of five to 12 weeks.

Backup QB Jacob Eason has been taking first-team reps in Wentz's absence. The Colts are also rumored to be pursuing Wentz's former Philadelphia teammate Nick Foles as an insurance policy in the quarterback room.