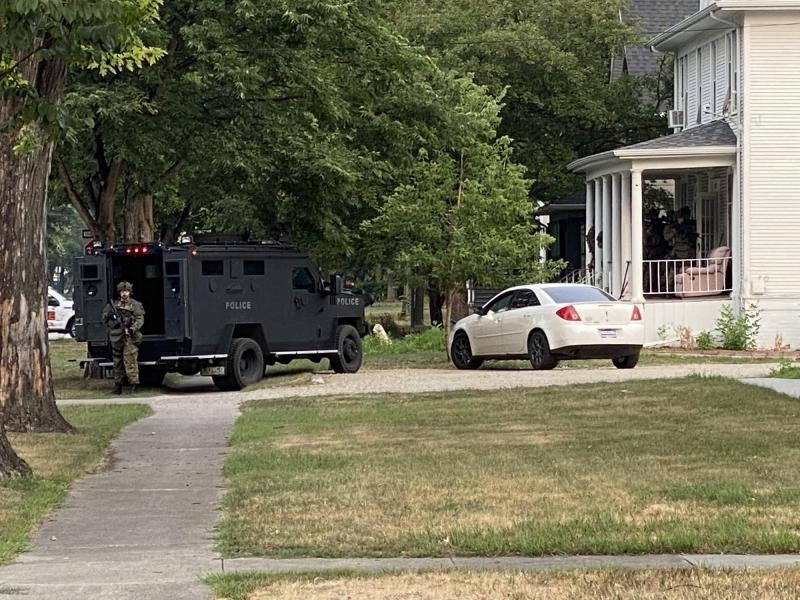 (Fargo, ND) -- There has been multiple arrests after a South Fargo search warrant was carried out Wednesday morning.

Around 7 a.m., the Red River Valley SWAT Team assisted the Narcotics Unit with a search warrant at a residence in the 900 block of 4 Ave. S. The search warrant served by the Fargo Police Department Narcotics Unit, as part of a joint drug investigation with the Cass County Drug Task Force and the DEA resulted in the arrest of 27-year-old Bradley Steven Moderow and 38-year-old Michael Merlyn Mead Jr. Both were arrested for probation violation. A stolen firearm and drug paraphernalia were located during the search warrant.

"The decision to use the Red River Valley SWAT team for the execution of the warrant was based on risk factors associated with individuals involved in the investigation, not the evidence sought in the search warrant," said Fargo Police Public information Officer Jessica Schindeldecker in a statement released to WDAY Radio. "During the service of the warrant, several Flash Sound Devices were utilized which emit a bright flash and loud bang. These are used as a distraction so the SWAT Team can move safely without detection."

The investigation is ongoing and may lead to additional arrests or charges.