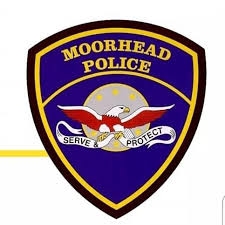 (Moorhead, MN) -- Moorhead Police have one man in custody after he ran following a rollover crash Sunday evening.

At 6:07 p.m, Officers were dispatched to the 3600 block of 8th Street South for the single vehicle rollover accident. According to several witnesses on scene, the vehicle had been traveling at a high rate of speed for several blocks before crashing. The driver then fled the scene.

Authorities located the driver a few blocks from the accident, and were able to confirm there were no other occupants in the vehicle and no other vehicles were involved.

The driver, 23-year-old Israel Arfaro Jr. of Moorhead, was transported to Sanford hospital for minor injuries sustained during the accident.

The incident remains under investigation; however, it is believed alcohol played a significant factor.

Upon completion of the investigation, Officers will be requesting charges for driving while intoxicated and reckless driving related charges for Arfaro Jr.