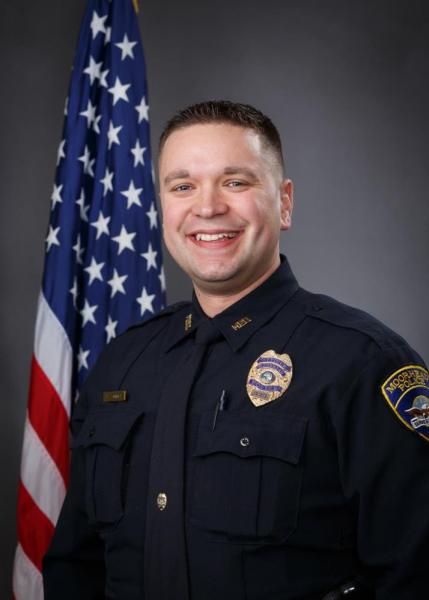 (Moorhead, MN) -- A Moorhead police officer is receiving The Medal of Valor after disarming and subduing a suspect.

Officer Eric Zimmel was called to an apartment building for reports of multiple people attempting to enter a residence. Reports say when Zimmel arrived, he saw one person place a handgun inside his waistband. Zimmel attempted to talk with the male, but saw the suspect try to grab his gun without the officer's knowledge.

Zimmel immediately pushed the man into the wall, disarming the suspect. Zimmel then pulled the suspect to the ground, attempting to keep the suspect away from the gun. Backup was called and used a taser on the male suspect. No injuries to the suspect or officers were reported.

Chief Shannon Monroe has awarded Officer Eric Zimmel the Medal of Valor for his actions that displayed unusual thoroughness, conscientiousness, determination, and initiative involving a substantial risk to his own life.