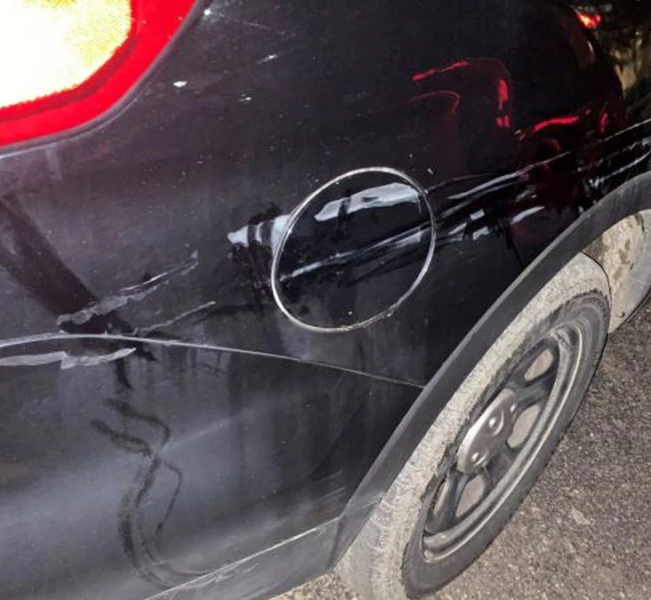 (Jamestown, ND) -- No injuries are being reported after a driver side swiped a North Dakota Highway Patrol cruiser off I-94 in Jamestown Thursday evening.

The Highway Patrol says that at 7:25 pm, a Patrol Trooper was assisting a stranded motorist and a tow truck eastbound on the highway near mile marker 257 after it broke down along the eastbound median shoulder. The tow truck was on scene to
remove the stranded vehicle, and the Trooper was on scene with their emergency lights activated and an amber arrow board to warn traffic of the stranded vehicle and tow truck when a 2002 Chevy Impala hit the car, then sped off.

The Trooper left the stranded motorist and tow truck and stopped the Impala, which was being driven by 51-year-old Angela Rose Fickert. The Stutsman County Sheriff's Office arrested Fickert for driving under suspension and on an outstanding Morton County arrest warrant for failure to appear on a previous DUS charge.

The East Grand Forks native was also cited for failure to yield to an emergency vehicle and driving without liability insurance.