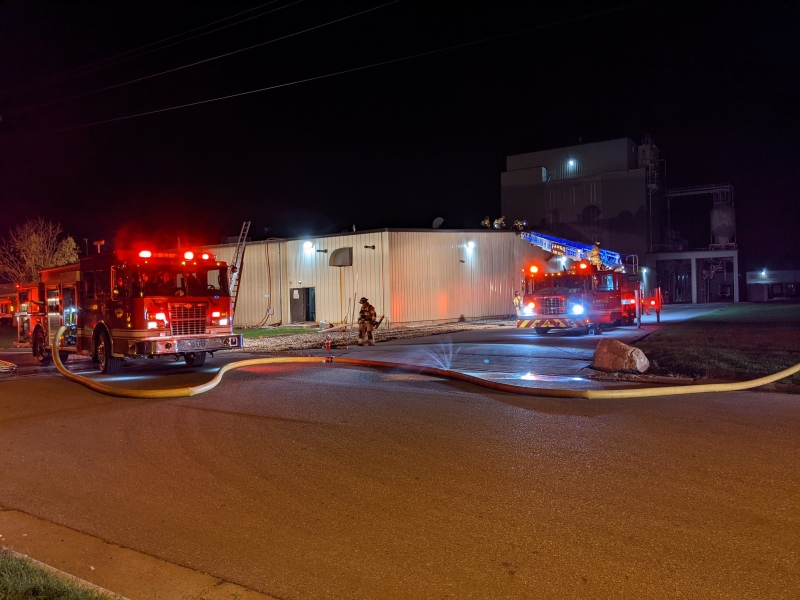 (Fargo, ND) -- There were no injuries after Fargo firefighters responded to a report of a fire in a large commercial oven at the Dakota Specialty Milling building off 15th Avenue North Monday evening.

Authorities say that at 7:51 p.m. the first arriving engine reported heavy smoke showing from outside of the large industrial building used for making specialty grain products such as granola and mini donuts. Firefighters made entry into the building and found a fire in a 100-foot grain dryer. The fire had extended into vents from the dryer out of the roof and into a nearby wall.

A second alarm was called because the fire was in a large commercial building with crews operating in zero visibility conditions. All of the employees were reported out of the building so initial crews focused on extinguishing the fire. Secondary crews worked on controlling the smoke to try to improve visibility and keep the smoke out of office and grain elevator spaces. The first crew arrived on the scene at 7:55 p.m., initial knockdown of the fire was reported at 8:05 p.m., and crews completed overhaul at 10:30 p.m.

The cause of the fire is under investigation, and a damage estimate will be released at a later time.