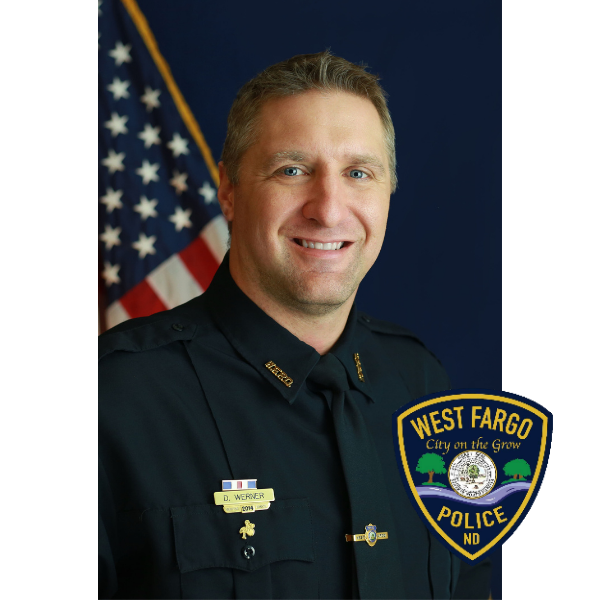 In February, 2021 Det. Werner was following up on an out-of-state ICAC cyber tip for luring a minor that led to the arrest, and subsequent charging, of Ronald Thompson, a former high school teacher.
The investigation revealed possible charges of possession of child pornography and solicitation of a minor.
In October, a trial was held in District Court and Thompson was found guilty of luring a child by computer.
Detective Werner’s time, dedication, and thorough investigation ultimately led to Thompson being charged and convicted.

The investigation of these types of crimes requires a high level of professionalism, compassion, and perseverance and not only impacts the victims and their families, but it can significantly impact those responsible for investigating crimes against children.
We are fortunate to have Detective Werner serving the citizens of West Fargo and the greater metropolitan area.

Detective Derek Werner, we salute you!