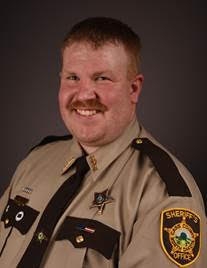 The incident sparking the investigation stems from then Deputy Danielson's arrest on August 2nd, 2021, after he was found driving under the influence of alcohol in the presence of a minor. Investigations revealed his two children were in the vehicle at the time of his arrest. You can read more about the incident here.

The termination letter also clarifies why Danielson's case is unique compared to previous DUI cases within the department.

“The Cass County Sheriff’s Office has had other employees in the past receive DUIs. Their discipline was determined on a case-by-case basis. I’m not aware of any other employee receiving a DUI with minors present in the vehicle. That makes this case different from past employee situations. In this case, Danielson endangered not only other drivers on the roadway, but his children.”

The Sheriff's letter also added that the decision to fire the deputy was complicated by a significant shortage of employees in their department. However, Jahner says that Danielson's decisions are still not excused, adding that Danielson was aware of the shortage of employees and still made the decision to drive while intoxicated. The letter describes other employees needing to cover his shifts while he was on administrative leave, causing "additional stress to an already tired Cass County Sheriff's Office Staff."