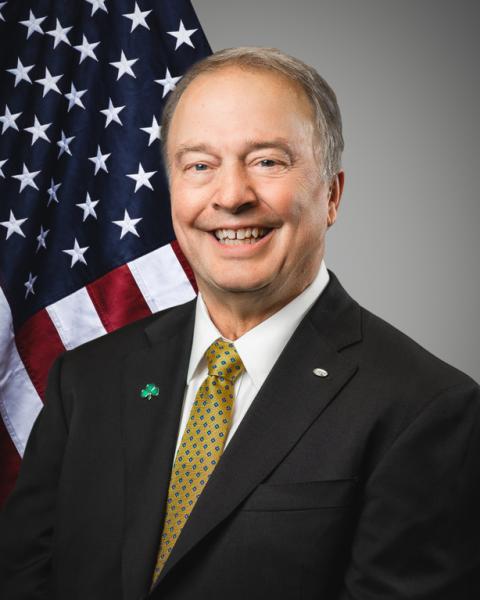 (Fargo, ND) -- Fargo Mayor Tim Mahoney is expressing concern over the rate at which the Delta Variant is showing up in wastewater samples in the city.  He talked about the topic Friday morning while appearing on “What’s on Your Mind” with Flag Family Radio’s Scott Hennen.

“This Delta is just hard to get rid of.  It has been one of those things that is supposed to drop off.  It’s supposed to run for awhile and then boom it goes away.  I don’t know if because winter came, we are indoors, bumping into each more whatever happened. We’re moseying around a 14-day average of around 7 percent,” said Mahoney.

The Mayor says wastewater sampling offers a better way of knowing how Covid-19 is impacting the community.  While talking about the virus he said the current vaccination rate in the city is “around 60 percent”.

During his conversation with Hennen, Mahoney agreed that vaccine mandates could be having a counterproductive effect on motivating people who taken the shot to get one.

“Yeah in some ways come by and talk about mandates and it’s just a really difficult slope to get on with people.  They have the ability to get the vaccine if they want.  Free will free choice.  I know some people haven’t taken the vaccine, a couple of people died.  But that was their choice.  If they chose to do that that’s what they had to do and that is where I think we have to be a little cautious with how hard you push.  Because with the flu vaccine, are you mandated to get the flu vaccine?  People have done that for years and there is a shingles vaccine. But you are allowed the choice to do that,” said Mahoney.