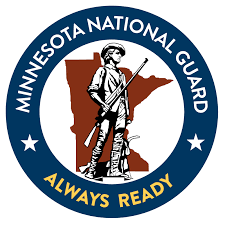 (St. Paul, MN) -- Members of a Minnesota National Guard unit based in Alexandria will be celebrating their homecoming from a recent deployment, with an event Sunday, November 21st.  The guard members returned from deployments in Afghanistan and Iraq in support of Operation Freedom Sentinel and Operation Inherent Resolve.

Details of the deployment and the homecoming celebration were included in a press release provided by the National Guard.

"Approximately 65 Soldiers from the Minnesota National Guard’s C Battery, 1st Battalion, 194th Field Artillery Regiment, will celebrate their return to Minnesota on Sunday. These Soldiers returned in late July 2021 after a nine-month deployment with personnel stationed in Afghanistan and Iraq in support of Operation Freedom Sentinel and Operation Inherent Resolve.

The Soldiers provided security in support of critical military infrastructure and personnel through the use of the Land-Based Phalanx Weapon System (LPWS), which intercepted enemy rocket, artillery, and mortar attacks.

“I cannot thank the Soldiers enough for their dedication and hard work throughout the deployment. Their professionalism and stellar performance left a lasting mark on our counterparts at all locations and continued the exemplary legacy of the Red Bull Division,” said Army Capt. Tom Bowers, C Battery Commander.

The Alexandria-based unit has Soldiers from more than 60 Minnesota communities.

The welcome home ceremony will be held at the Alexandria Training and Community Center, 310 Broadway St. Alexandria, Minn., at 1 p.m. on November 21, 2021."