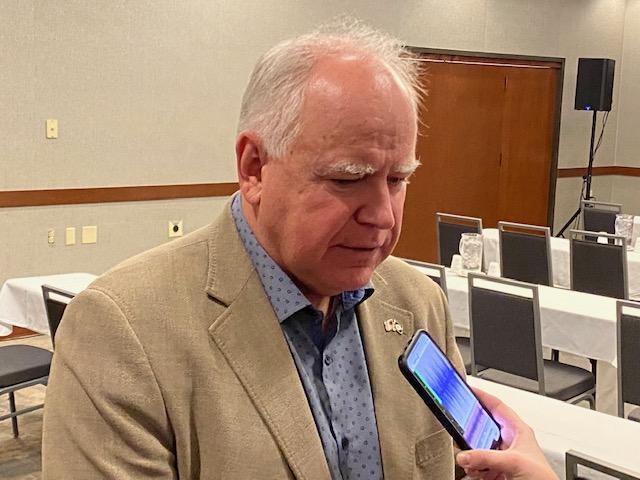 "You have a powerful voice for a relatively small number of people because this industry not only creates good jobs out here, it has a ripple effects across the country and it is part of a system that feeds the world, that clothes the world, that powers the world," said Walz.

Walz was the featured speaker at the event and covered a range of topics during his 30 minute appearance.  He talked about his own experiences with agriculture, including growing up on a farm in Nebraska.  He also talked about the how infrastructure bill will improve roads and highways, saying it will make it easier and more efficient for sugar beet farmers to get their products to market.  Walz also told the farmers and industry leaders there that he looked forward to working with them while crafting a new farm bill.  He later traveled to the Dilworth Fire Station to show support for funding for a new fire station as part of his capital investment proposal for the 2022 legislative session.