Man rescued after falling through ice on Red River 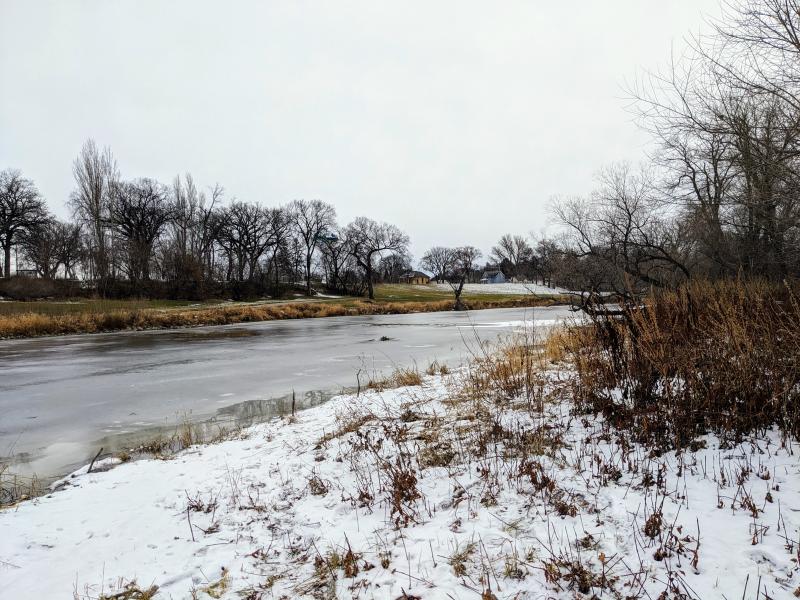 (Fargo, ND) -- A man is recovering after falling through the ice on the Red River Saturday afternoon.

Fargo firefighters responded to a report of the man who had fell through at Dike East in Fargo at 1:30 p.m. The first arriving unit reported that the male was in the middle of the river and would not be accessible by boat because the ice near shore was too thick to launch. Firefighters in ice rescue suits made their way across the ice to rescue the man who was still holding himself above water.

The man had walked halfway across the river before the ice gave way under him. He was in a hole that was approximately six feet in diameter. A rescuer in an ice rescue suit was able to walk most of the way out to the male. As the rescuer neared the male, he entered the water and held the male in a bear hug. Crews onshore retrieved the rescuer and the man who fell in by pulling them back to shore with a tagline attached to the rescuer’s suit. He was then turned over to Sanford Ambulance for patient care since he was immersed in the icy water for approximately seven minutes.

"As the Minnesota Department of Natural Resources says, Ice is never 100% safe," said Fargo Fire Battalion Chief Dane Carley in a statement released to WDAY Radio. "This is particularly true early in the ice season and even more so on a river where moving water and underwater obstructions create thin spots no matter how cold it is outside. The Fargo Fire Department would encourage residents and visitors to stay off of river ice."

Fargo Fire and Sanford Ambulance were assisted by the Fargo Police Department, Moorhead Fire Department, and Moorhead Police Department. When a water or ice rescue call is dispatched on the Red River, agencies from both sides of the river are sent to provide the quickest rescue possible.