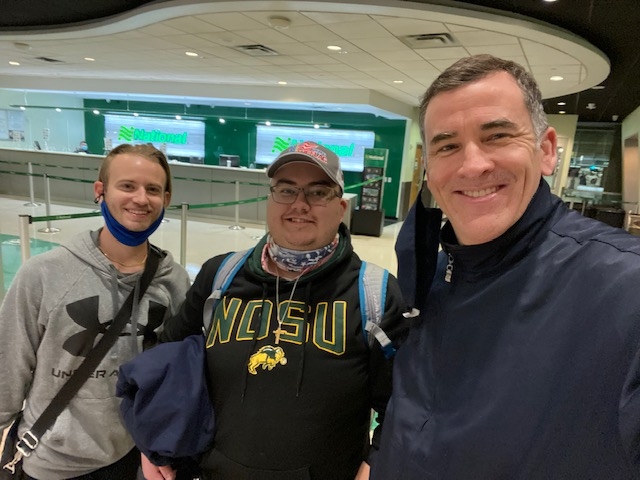 (Frisco, TX)  Three team members from AM 1100 The Flag and WDAY Radio have arrived in Frisco, Texas to cover the 2022 FCS National Championship Game between the North Dakota State Bison and the Montana State University Bobcats.

"We are very excited to be here to cover what should be a fantastic game between the Bison and the Bobcats, and we're looking forward to providing coverage for Bison fans everywhere," said McCarty.

Interviews Tom Tucker has scheduled for Friday include conversations with a top official at the Frisco Convention and Visitors Bureau, and Frisco Mayor Jeff Cheney.  Tucker is also working to secure interviews with North Dakota Governor Doug Burgum, and NDSU Athletic Director Matt Larsen, among others.

Be sure to tune in on-air and watch for reports online throughout the weekend as McCarty, Kappas and Tucker track all the action on and off the field, as the NDSU Bison fight for another championship title.