Massive pile-up on I-94 West of Valley City 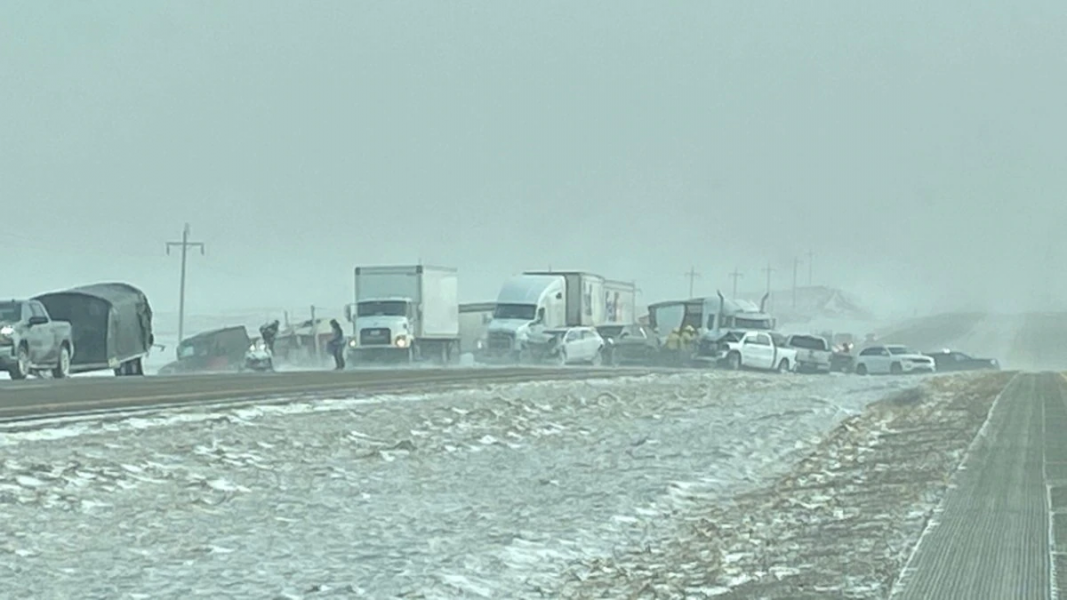 Highway Patrol says the crash began when a vehicle rear-ended a pickup towing a snowmobile trailer. The collision caused the trailer to jackknife onto the highway, causing additional vehicles to crash into the blockage. Westbound I-94 was closed for nearly 3 hours while the crash scene was cleared.

A total of nine passenger vehicles and five commercial motor vehicles were involved in the crash, with twenty-two people locked within the pileup. One serious and three minor injuries were found at the scene, with all initially transported to Mercy Hospital in Valley City. The serious injury was eventually taken to Sanford Hospital in Fargo.

The crash still remains under investigation at this time.

You can see our original story below

The North Dakota Highway Patrol says Westbound I-94 is closed until further notice due to the incident, and multiple injuries were also confirmed by authorities.

Officials do say that everything west of mile marker 286 is still open to traffic.

You can find out the latest on closures, and no travel advisories across the state by clicking here.