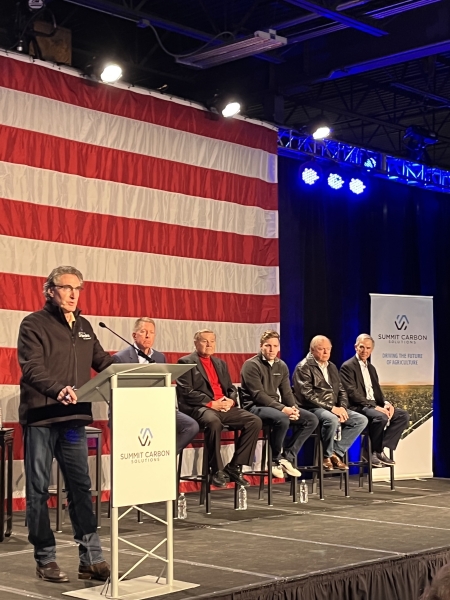 CASSELTON - Continental Resources Inc. will commit $250 million over the next two years to help fund the development and construction of a $4.5 billion carbon capture and sequestration project which would be the largest project of its kind in the world.  Summit Carbon Solutions is partnering with 31 ethanol plants in five states, including Tharaldson Ethanol plant in Casselton to build the project. Carbon dioxide from the ethanol plants will be transported through a 2,000-mile pipeline network to North Dakota, where it will be permanently stored underground.

“Combining the considerable resources and geologic expertise of one of North Dakota’s most productive and pioneering oil and gas operators with this visionary model of carbon capture and storage is a win-win-win for our farmers and ethanol plants, environmental stewardship and U.S. energy security,” Burgum said. “By capitalizing on our geologic jackpot of enormous underground storage capacity, we can safely store not only our own carbon dioxide but also our neighbors’ CO2 while creating jobs, generating income for North Dakota landowners and strengthening our economy.”

“Continued investments in carbon capture and storage highlight the forward-thinking leadership throughout the bio-refining industry,” Ricketts said. “This innovative approach shows the world that energy producers can pursue a reduced carbon footprint without sacrificing production vital to a secure economy that fuels America and beyond.”