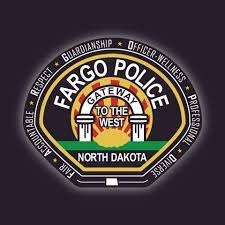 (Fargo, ND) -- One person is dead following a crash Saturday morning in  Fargo.

At 9:05 a.m., Fargo Police responded to a report of an impacted traffic light pole and a vehicle in the drainage ditch in the 3300 block of 7th Avenue North.

"It appears the vehicle hit the embankment at a high rate of speed and, after impact, washed downstream several yards," a statement from the City of Fargo said. The Fargo Fire Department was utilized to extricate the one occupant of the vehicle, who was deceased.

The Patrol says the vehicle, at approximately 1 a.m. Saturday, left the east roadway and entered the north ditch along Goodwill, striking a city of Fargo utility light pole. The Forester continued down the ditch embankment and became airborne and vaulted over a  concrete drainage ditch, colliding with the opposite side of the concrete ditch. Significant  damage was sustained to the front end of the Forester including front airbag deployment. The Forester then entered the drainage ditch, which was full of water, and floated a short way north from the initial location of the crash. The driver was not wearing his seatbelt.

The North Dakota Highway Patrol is investigating the crash.