Baby Formula shortage being seen nationwide, including in North Dakota 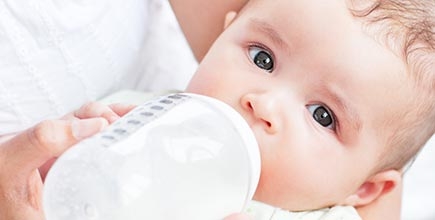 (Fargo, ND) -- As inflation and supply chain issues continue to mount, the country's youngest are also feeling the effects.

For months now, stores nationwide have reportedly been struggling to stock enough baby formula. Manufacturers say they're producing at full capacity and making as much formula as they can, but it's still not enough to meet current demand.

The out-of-stock rate for formula stands at 40%, statistics show. Six states, including Iowa, South Dakota, Missouri, Texas, Tennessee and here in North Dakota have reported more than half of baby formula was completely sold out during the week starting April 24th.

Pharmacy chains CVS and Walgreens have also confirmed that their stores are limiting customers nationwide to three toddler and infant formulas per transaction. Other major retailers like Target and Walmart are also imposing similar constraints on baby formula purchases.

For more information on the shortages of baby formula, click here.