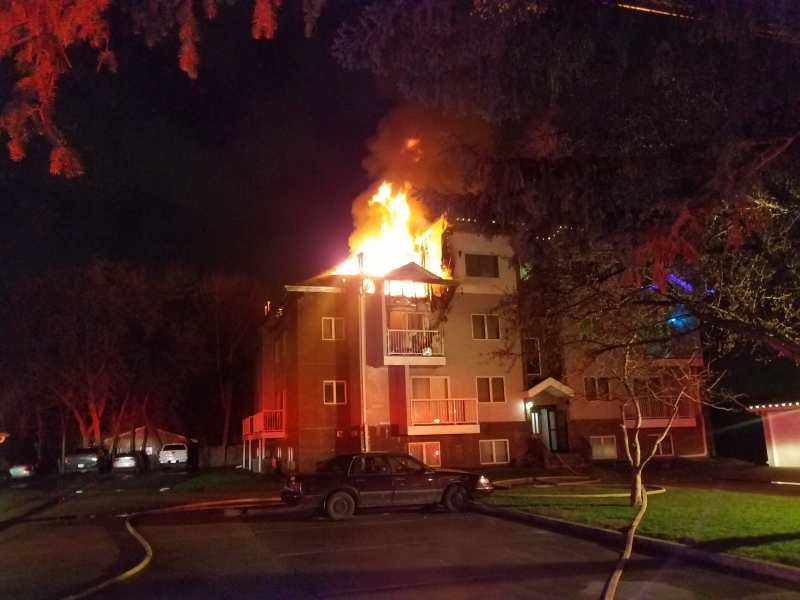 (Fargo, ND) -- No injuries were reported, but several dozen residents were displaced after a fire at a South Fargo apartment complex late Wednesday evening.

Fargo Fire says that at 11:11 p.m, firefighters were dispatched to an apartment building on fire at 605 11th St S. Initial reports stated “flames showing.” When firefighters arrived, flames were shooting from the roof of the building and tenants of the building were rapidly evacuating.

It took just under an hour to extinguish the fire. Eight cats were found and removed from the building, all unharmed and reunited with their owners.

The 12-unit apartment complex will need extensive repairs before it can be reoccupied. The Red Cross is assisting the tenants with temporary lodging. The Fargo Fire Department responded with five fire engines, one aerial ladder, and two Battalion Chiefs. They were assisted by the Fargo Police Department, Sanford Ambulance, Moorhead Fire Department, the Salvation Army, and the Red Cross.

The cause of the fire is under investigation. A preliminary damage estimate is not yet available. 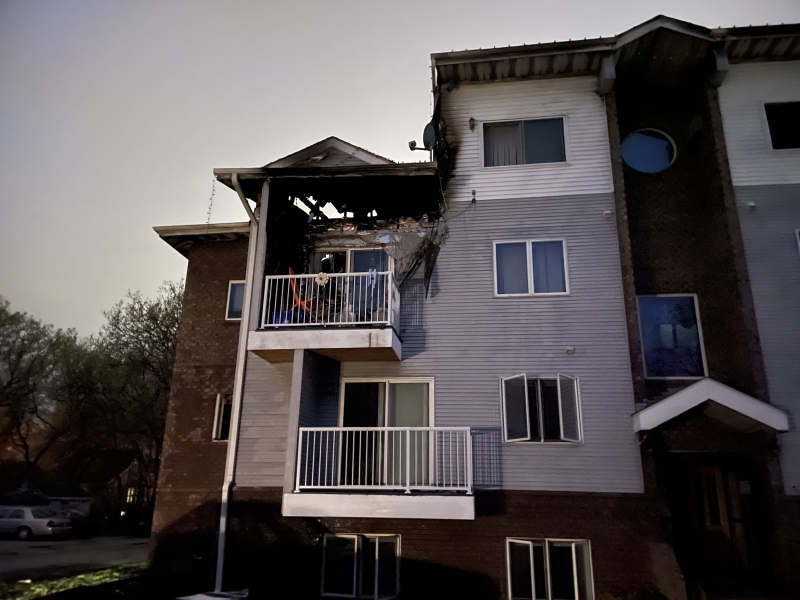 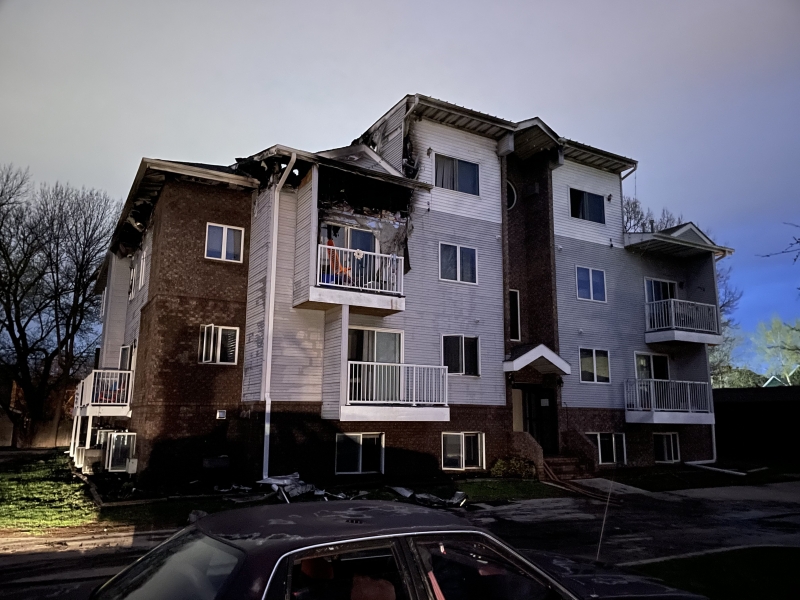