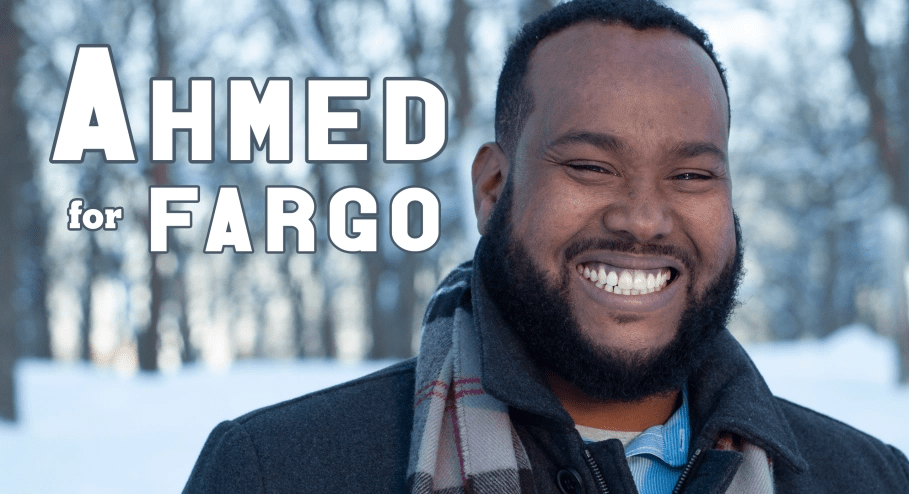 (Fargo, ND) -- A candidate who has etched his platform in serving the public and helping resident in Fargo find and keep jobs is pushing for even more workforce development if elected to the City Commission this June.

Business Owner and community advocate Ahmed Shiil says the work that he has done to this point is just the tip of the iceberg when it comes to bringing Fargo along as growth and different issues for families and the community surface.

"When it comes down to employment, I think the jobs are there, but we have to realize what are the barriers that the individuals are having," said Shiil while talking with WDAY Midday. "Do they have the right skills? Do they need childcare? It’s a huge issue that prevents many families from working."

Shiil is also focused heavily on the childcare issue around Fargo. In just the past handful of months, a number of daycare providers have either closed down or temporarily shut down due to issues with staffing, or with lack of children enrolled.

"Many families, including mine, do really see the challenges from the city, local levels," said Shiil. "I think it's something that we need to really pay attention to and get involved in so that families are finding childcare, or easily having more access to it."

When it comes to if he feels the current city commissioners understand the struggles and issues facing members of the community, Shiil gave a candid response.

"The answer actually comes from a lot of door knocking I did, I think I need new shoes cause I spoke to so many residents. They are not in touch with the community," said Shiil. "I think it takes a collective mindset to be willing and more active in the community you represent because you are the voice for the residents, so you need to know the barriers and the challenges we have."

Shiil also added that homelessness is a major issue in the community, and that he would focus in on investing in helping the houseless population, which he believes will make positive change in the community on multiple levels. That includes everything from public safety, to simply giving vulnerable families and individuals a 'leg up' during everyday life.

You can find out more about Ahmed's campaign, as well as all your June 2022 election information by clicking here.