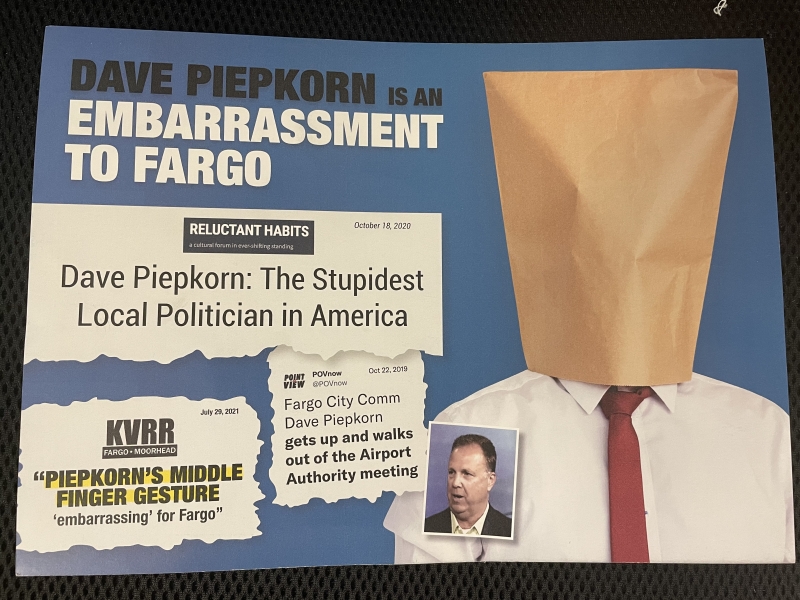 (Fargo, ND) -- Another scolding Ad has come out taking a shot at the only Fargo City Commission candidate running for re-election this June.

The Ad, which features Fargo City Commissioner Dave Piepkorn with a bag over his head, refers to him as "The Stupidest Local Politician in America" and as an "Embarrassment."

The mailer, which was found in Fargo residents mailbox following a similar Ad last week, says it is paid for by the Brighter Future Alliance's Chair, Pat Finken.

Piepkorn has spoken out against the mailings, calling them "hit pieces". He says the intriguing part of the Ads is that they do not endorse another candidate, but rather just take shots at him for decorum issues and stances on certain political topics during his tenure as City Commissioner.

We've reached out to Brighter Future Alliance and Pat Finken for comment, and will have more on this story as it develops. 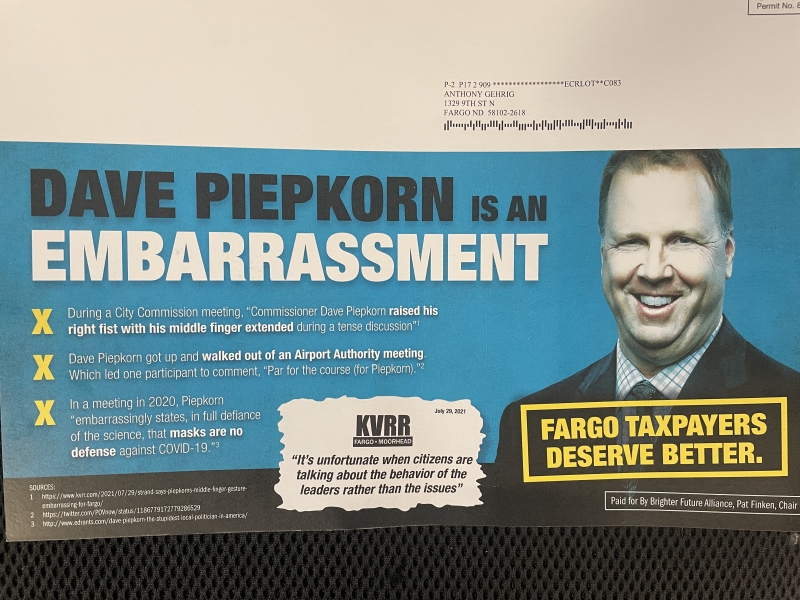