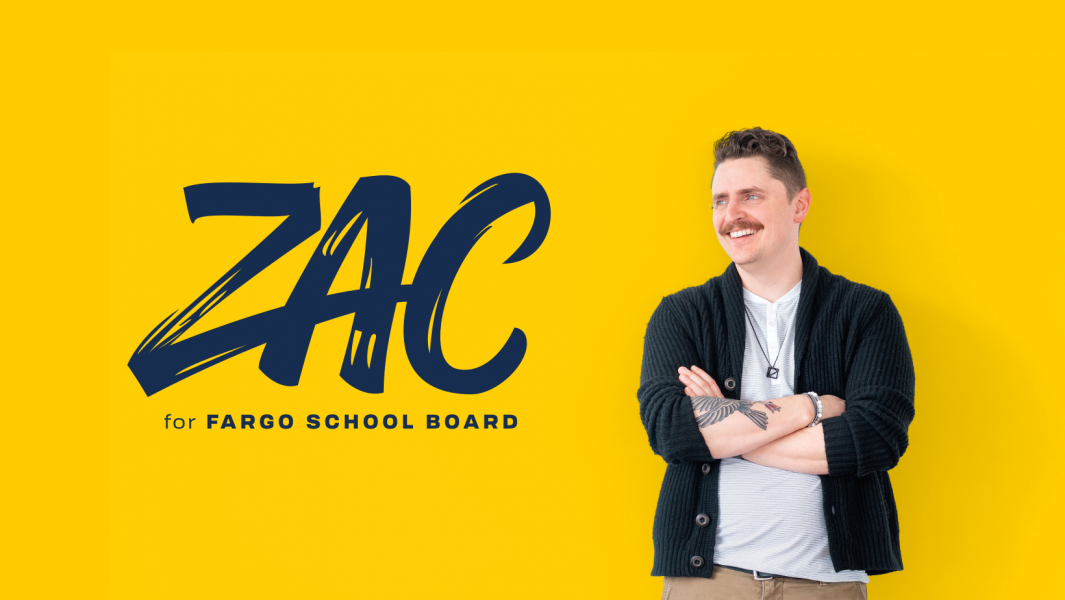 Photo by: Zac Echola for Fargo School Board - Facebook

(Fargo, ND) -- A local parent of a Middle Schooler in the Fargo Public School District, concerned about the over politicizing of school board positions and future decisions being made has stepped up to run in the upcoming June election.

Software Engineer Zac Echola isn't mincing any words when talking about how to this point in the campaign process, party lines have been drawn.

"It’s super divisive, like there is no common ground I think anymore for between a lot of people so it becomes a turn on machine. Right? You just try to turn out as many people who agree with you as possible and try to crush the other side," said Echola while speaking with WDAY Midday. "I don’t think that’s a sustainable system. I think we do have to spend some time finding common ground."

Echola, who is a registered Democratic Socialist who is also on the board that pushed for and got approved approval voting in the local elections back in 2018, added that politics shouldn't play a role in making the best decisions for students, teachers and staff moving forward, though he did say the relationship between City Hall and the school board chambers could be vastly improved. Part of that could include budgetary issues, like handling school land in the city.

"Land can be used for other purposes, and there’s lots of good ideas out there," said Echola. "I actually had a very good conversation with Hukun Dabar, who’s running for mayor, about what if we did public housing on certain school district-owned land and use some of those public tax credits to build an elementary school." Echola says to this point the relationship between the Fargo City Commission and School board has been 'non-existent'.

Another main pillar of Echola's campaign is mental health, and just how to address that issue with students and teachers fresh off the pandemic.

"We have really low morale with staff, high turnover with staff because of the low morale we have student achievement dipping recently," said Echola when talking about mental health issues in schools. "We have a national mental health crisis that is obviously affecting our schools and our teachers and frankly me right now. It's hitting everyone." Echola says focusing in on avenues to improve mental health, like hiring more professionals to work with teachers and students, is crucial to get things back on track.

To find out more about Zac's campaign, and all your June 2022 election information, click here.