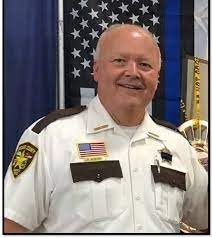 (Detroit Lakes, MN) -- In the wake of the body found Wednesday in Big Detroit Lake, the Becker County Sheriff's Office is hoping to provide some boating tips for folks who intend to enjoy the summer season with fun on the water.

"When you're out in the middle of the lake like that, a lot of times people don't know the depth or have a depth finder or radar," said Sheriff Glander while talking with WDAY Radio about the response from the incident. "It's very important that you know the lake, you know the depth you're in when you head out there."

Sheriff Glander also added that packing plenty of life preservers, and accounting for things like wind while on your boat can help avoid the worst case scenario.

The incident involved 20-year-old Jette Kriston Frandson, who jumped off a pontoon boat he was on with friends, then went under. The Sheriff's Office tells WDAY Radio several people jumped in after Frandson, but they were unsuccessful in finding him. The Fergus Falls man was found nearly three hours after he jumped in by authorities who were sweeping the area. He was found in water nearly 30 feet deep.

Sheriff Glander also noted the quick response and relationship between law enforcement agencies from the event, even though the outcome was not ideal.

"We were there within five minutes," said Glander. "Obviously this outcome is tragic and we hope to avoid it at all costs, but I need to thank everyone who responded to help. From other local law enforcement, to business owners nearby and even people just out on the water. That kind of response will, in the long run, save more lives."

In all, eleven total law enforcement agencies and other business personnel from the Holiday Inn and TS Dock and Lift assisted with the search.