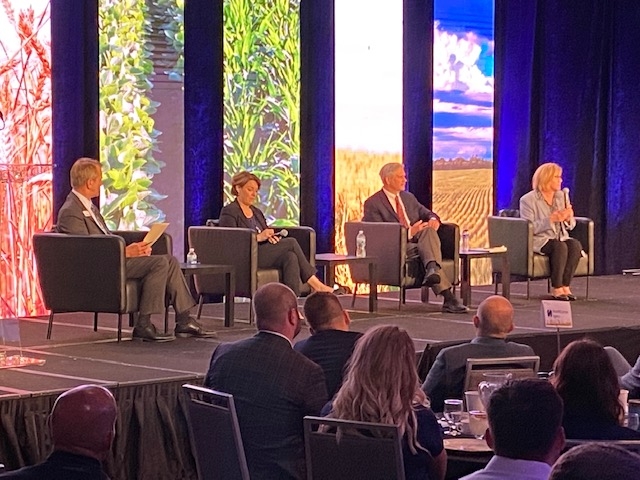 (Fargo, ND) -- U.S. Senator John Hoeven is talking about the war in Ukraine is having on American companies with ties to agricultural operations in Ukraine.

"They are trying to figure out what they do with their farmers over there. I mean they are planting a crop there now but as you know, there is a blockade they can't get that out. That make huge issues whether it's wheat, corn or other products," said Hoeven.

Hoeven spoke in Fargo Tuesday at the Midwest Agriculture Summit  put on the by the Fargo Moorhead West Fargo Chamber of Commerce. Hoeven praised the productivity of American farmers in their effort to make up for anticipated food shortages around the world as a result of the war in Ukraine.

"We going a few years back already had experience with this, which was actually much worse. That was in 2015 hitting all the Upper Midwest and we lost back then in Minnesota 9 million birds," said Klobuchar.

Klobuchar says the 3 million birds lost this year in the state were in 28 different counties. She says lessons learned during the more severe bird flu outbreak in 2015 were useful in helping the Department of Agriculture respond more effectively to this year's outbreak.