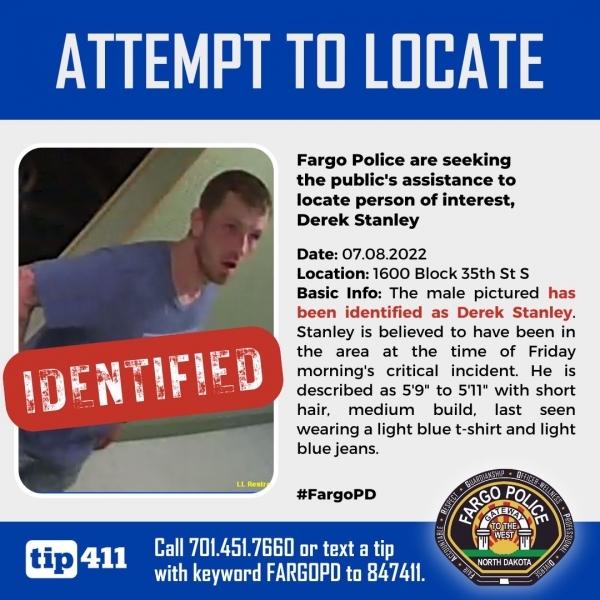 (Fargo, ND) -- Fargo Police have released the names of both the officer and victim connected to last Friday's officer-involved shooting.

The deceased victim has been identified as 28-year-old Shane Netterville of Jamestown. Officer Adam O'Brien (pictured below), an 11-year veteran, has been placed on administrative leave, which the department says is standard procedure for investigations regarding officer-involved shootings.

Meanwhile, the search for one of the two men who were inside the minivan that Netterville was driving continues. Fargo Police say Cody Dunn is in custody, but Derek Stanley is still on the loose. He is also wanted on a warrant out of Nelson County in North Dakota for a probation violation.

If you have any information on Stanley's whereabouts, you're asked to contact the Fargo Police Department at (701) 235-4493.

To learn more about the shooting, find out initial coverage here.