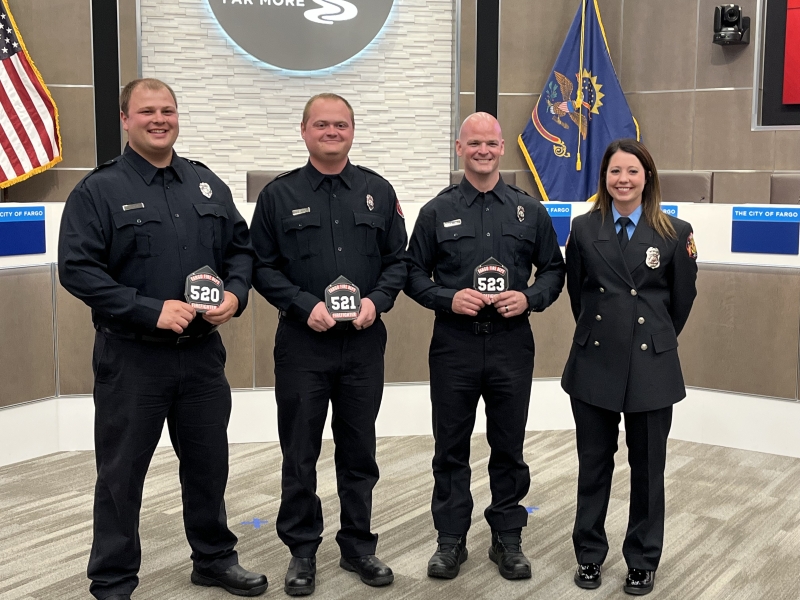 "Every day was different and every day was harder than the day previous, but we all arrived ready to work and tackled those objectives, "said graduate Brandan Farley, "I'm just thrilled to start. I don't think I'm going to sleep this weekend, I'm excited to meet my crew on Monday and see where my career takes me."

The graduates were split between Fargo and West Fargo's departments, with Farley, Hoemberg, Johnson and Vrchota beginning their career in Fargo, and Morgan starting in West Fargo. You can watch the full graduation ceremony by clicking here.