Officer Joe Vegel, we salute you! 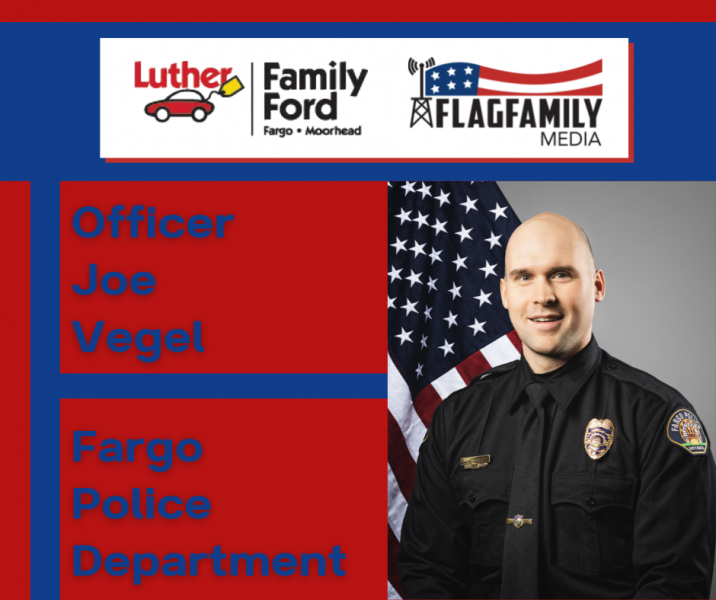 Officer Joe Vegel is a native of Blaine, MN.—where he graduated from Blaine High School, and continued his education at Minnesota State University – Mankato. Vegel graduated in 2016, earning a Bachelor’s Degree in Law Enforcement.

Vegel began his career working as a security officer at a casino and a Reserve Police Officer for the City of Coon Rapids, MN. In 2018, Vegel made the decision to join Team Fargo, accepting a position as a patrol officer with the department.

Since joining the Fargo Police Department, Officer Vegel has established himself as a true professional; he is accountable, competent and character-driven in his role to safeguard the community. Officer Vegel is constantly raising the bar when it comes to proactive policing…in 2022 alone, he has responded to over 1300 calls for service, resulting in 197 cases, 80 arrests and 76 citations.

We salute you Officer Vegel!