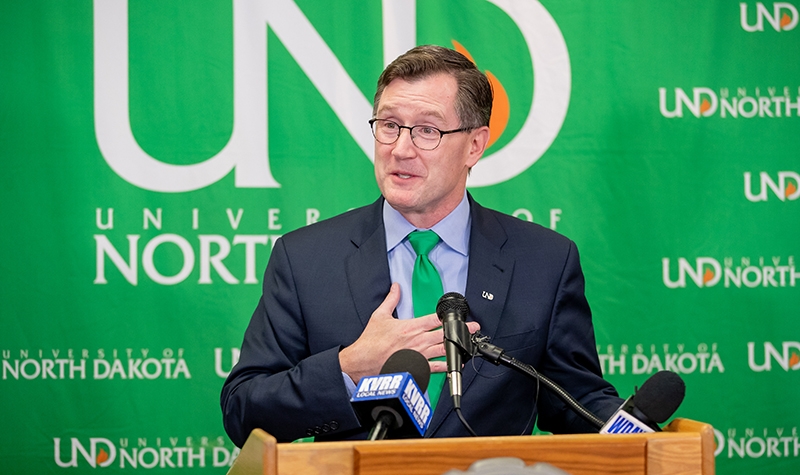 (Grand Forks, ND) -- UND President Andrew Armacost is apologizing to members of native American tribes after announcing ancestral remains and other tribal artifacts were recently discovered in boxes on campus.

"But I knew that human remains would be just a tragic finding if they were found and that is exactly what happened so my heart sunk," said Armacost.

Armacost says the remains and artifacts have most likely been on campus for decades, and were there in the first place for research and cultural studies.  He says the university is reaching out to tribal nations to repatriate the remains and other items, as required under a federal law passed in 1990. Armacost says the university will work in a "respectful" manner to return the items, regardless of how long it takes.

"First, I sincerely express my apologies and heartfelt regrets that UND has not already repatriated these ancestors and sacred objects as they should have been years ago. Second, I pledge my administration’s full support and commitment to the tribal nations impacted by this mistake," said Armacost.

The university is offering counseling to students and staff who might experience emotional distress as a result of the discovery and announcement.