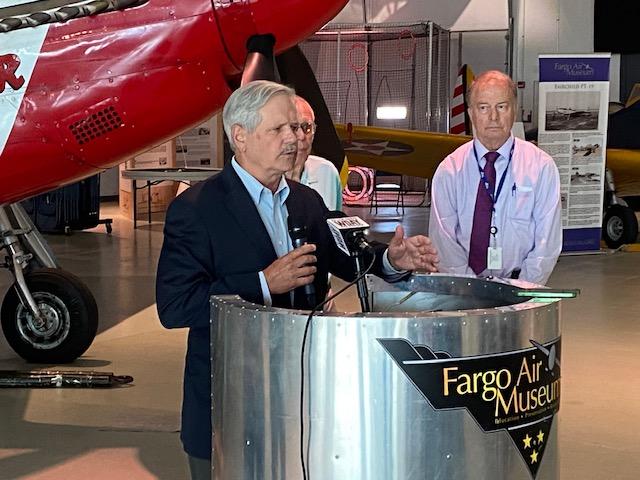 (Fargo, ND) -- Two sides in a tussle over plans to build a vault toilet at the Fargo National Cemetery have resolved their differences.

"We're on our way to 35 acres. We're getting the kind of permanent facilities that this cemetery should have," said Senator John Hoeven.

The senator announced Friday the Veterans Administration has agreed to plans to build a new, modern bathroom, complete with running water, a standard flushing toilet, heat and electricity. The plan also includes the purchase of additional adjacent property, where the Fargo Memorial Honor Guard will build a new private use facility. Under the plan, the land would be owned by the City of Fargo and leased to the Honor Guard.

Representatives for the Honor Guard say they've already collected $1 million in donations to help pay for the new facility.

Honor Guard spokesman Tom Krabbenhoft says the group was asked by Senator Hoeven to raise five to six million dollars, some of which would be set aside to help fund the new facility into perpetuity.