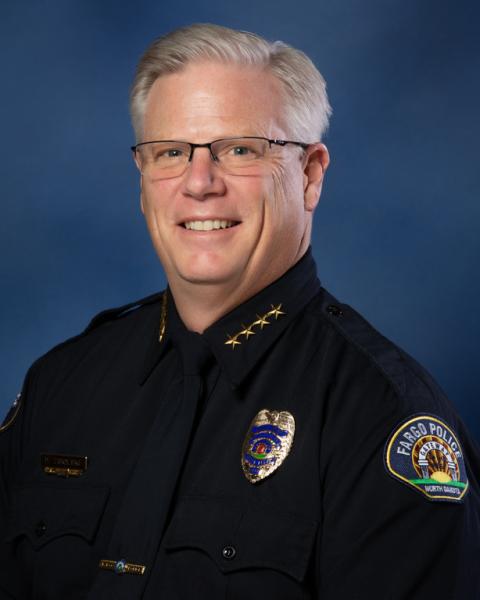 (Fargo, ND) -- Fargo's Police Chief is firing back on comments made by one City Commissioner involving staffing of his department.

Chief Dave Zibolski stopped by WDAY Midday to refute claims from Dave Piepkorn over reports that up to 40 veteran Fargo Police officers have applications and resumes out to leave the department.

"To be honest I have no idea what he is talking about," said Zibolski on the Midday program. "All I can say is I'm extremely proud of the job our officers have been doing, especially with being short staffed this Summer." This comes on the heels of the largest police academy graduation and hiring ever, with 15 officers being sworn in, and several more set to take the oath in the coming months.

The remarks also come in reference to several officer-involved shootings involving the department, that currently still has four officers on paid leave while their case is sorted out by North Dakota BCI and Attorney General Drew Wrigley.

One of those cases though, involving Officer Adam O'Brien, was wrapped up last week officially when O'Brien returned to active duty Wednesday, and Fargo Police outlined their internal findings of the incident involving him and Shane Netterville on July 8th that led to Netterville's death.

"I think this may be the first time we've had a forum like this to bring this kind of situation out to the public," said Zibolski in talking about the police oversight and advisory committee presentation held last Thursday. "They are still learning their roles and what this will be, but as expected this situation was a bit shocking to the community. You don't normally see something like this broadcasted for all eyes to see." Zibolski did say however that opportunities to break down footage that may only last several seconds over the course of an hour is something he is not taking for granted, and thinks it will help with transparency and public safety moving forward.

Downtown safety was also something discussed by Commissioner Piepkorn, but Chief Zibolski says while the concern may grow due to the number of people frequenting the area, problems there are nothing new to the department.

"There has always been a concern over noise, homelessness and so forth," said the Chief. "We can continue to help work through that with community outreach and strong relationships with local leaders to help curb some of those issues. Honestly, Downtown Fargo statistically is a safe place to be."

The Chief added that with more resources and officers on the way, public safety here in Fargo is in a good spot as we head into Fall.