Flight from Portugal to San Francisco diverts to Fargo 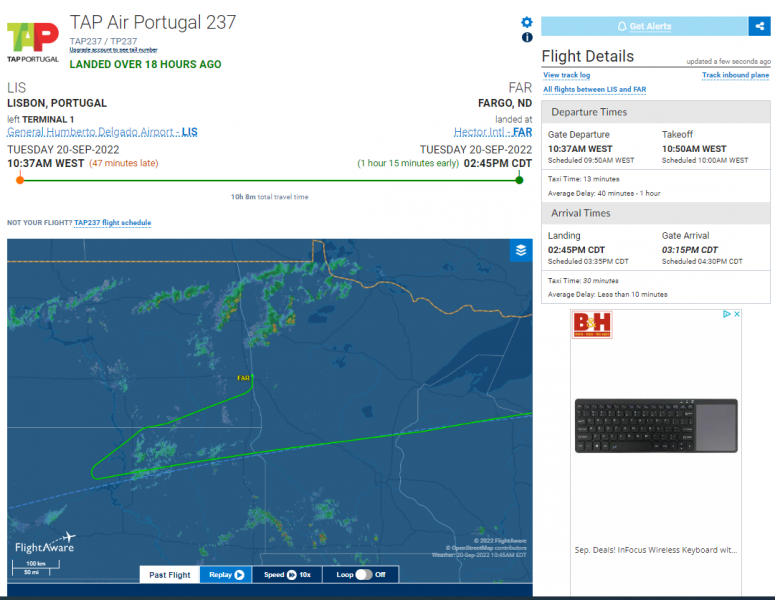 (Fargo, ND) -- There was a bit of a swerve in the travel plans for folks headed from Portugal to San Francisco Tuesday, and it resulted in a bit of a 'pit stop' here in the Red River Valley.

"The flight crew timed out and could not continue the trip to San Francisco yesterday afternoon," said Dobberstein in a statement released to WDAY Radio. "They also requested their mechanic be present who arrived at 10 a.m. today. The flight is scheduled to depart at 5:45 p.m. this afternoon."

Dobberstein says that between 270 to 280 passengers and crew were cleared by Customs and Border Patrol at Hector International Airport Tuesday afternoon, and that United Airlines workers here in Fargo assisted them all with other flight options or hotel arraignments.

The return flight, as mentioned above, will take place Wednesday afternoon at 5:45 p.m.