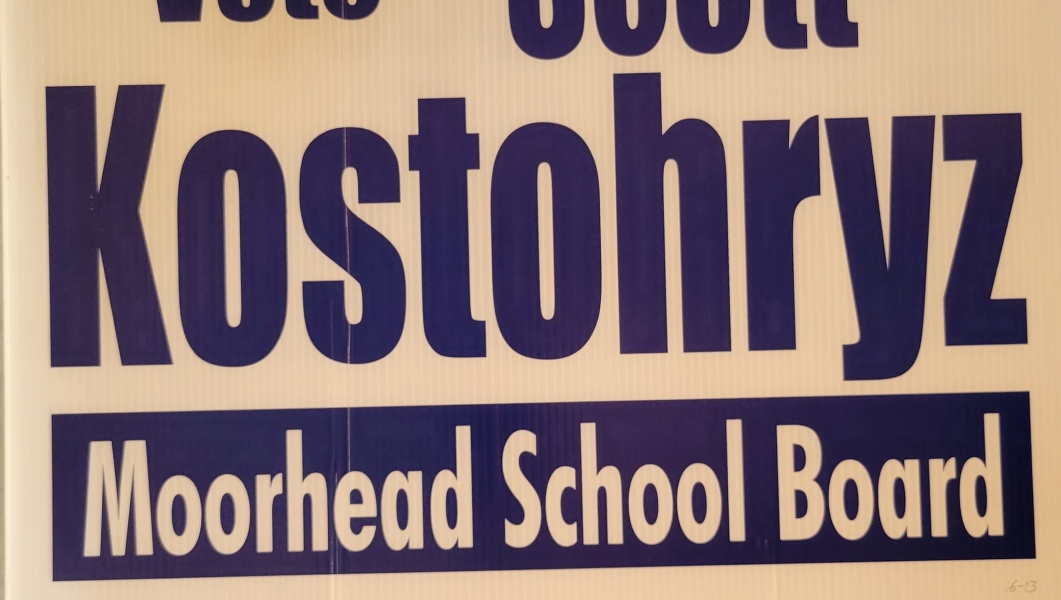 (Moorhead, MN) -- A Moorhead Police Sergeant is running to become a member of the city's school board.

Moorhead Police Sergeant Scott Kostohryz joined WDAY Midday to speak about his priorities as a candidate. He spoke on his interest in youth programs, and addressed his experience in committees and programs across the Minnesota and even across the country.

"I've been a police officer for over two decades, I've coached youth sports, everything from baseball and hockey and football since 2008, "said Kostohryz, " I've been a police explorer advisor since 2000, served on local boards with Moorhead youth baseball, state board with the Minnesota law enforcement explorers association, I'm currently the executive director of our police athletics league, and I served on a national board with the Fellowship of Christian Peace Officers."

Kostohryz says he is looking to prioritize the children in the district, but also placed emphasis on lightening teacher workload. He says the teaching profession has many parallels with law enforcement, and believes reducing what's on their plate will improve teacher morale. He also touched on topics like Critical Race Theory, which be believes is not currently being taught within the district. However, he says he would address it if the theory did happen to be within the district.

"If it becomes an issue, then I think we need to address it, "said Kostohryz, "But I think there are so many other issues at hand that why waste our energy on something that isn't a problem right now."

Kostohryz is looking to be elected to the Moorhead School Board in the November General Election. You can learn more about voting in Moorhead by clicking here.