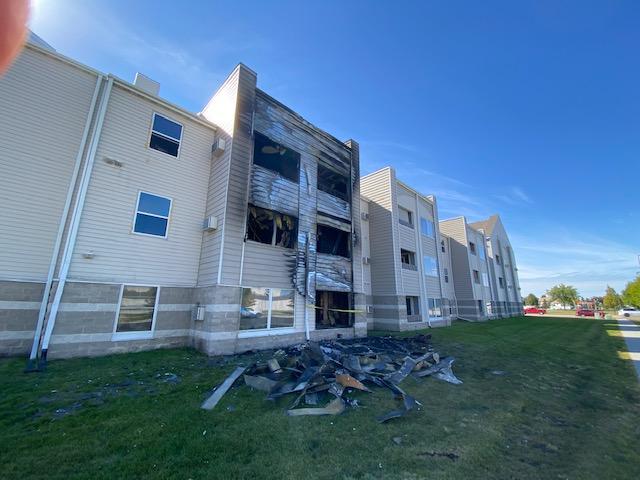 (Fargo, ND) -- Several tenants in a South Fargo apartment complex have been displaced after a fire ripped through their homes Sunday afternoon.

The Fargo Fire Department tells WDAY Radio that the balconies of all three floors were involved in the heavy fire at 3420 42nd Street South around 3:05 p.m.

The department received several 9-1-1 calls reporting that three apartments were engulfed in fire.

The fire was extinguished within an hour, and crews will remain on scene throughout the night into the morning to monitor the building.

In all, firefighters say the blaze has displaced the tenants from twenty-four apartment units.

The cause of the fire is under investigation and the damage is estimated to be approximately $500,000.