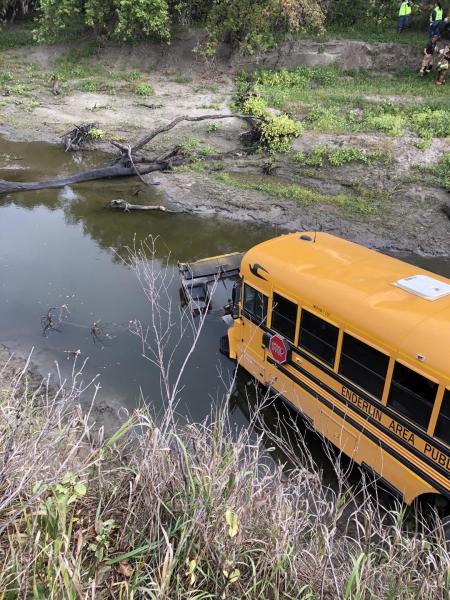 (Cass County, ND) -- More details are being released as the investigation into a school bus crash in rural Cass County continues.

In an update to a story we first brought to you last Friday, The Cass County Sheriff's Office says that the Enderlin Area School District has provided the department with the in-bus video footage from the bus that crashed into the Maple River on September 23rd in Leonard.

The bus driver has been identified as 62-year-old Andy Alan Bunn, of Alice. At the time of the crash, there were 7 juveniles and the driver on the bus. Bunn and three of the students on the bus were taken to area hospitals with non-life-threatening injuries from the crash.

The crash does remain under investigation as the Cass County Sheriff’s Office reviews video footage, medical records, and conducts interviews. The department says there will be no determination made referencing citations or criminal charges until all information has been reviewed.

To find our initial coverage on the crash, click here.