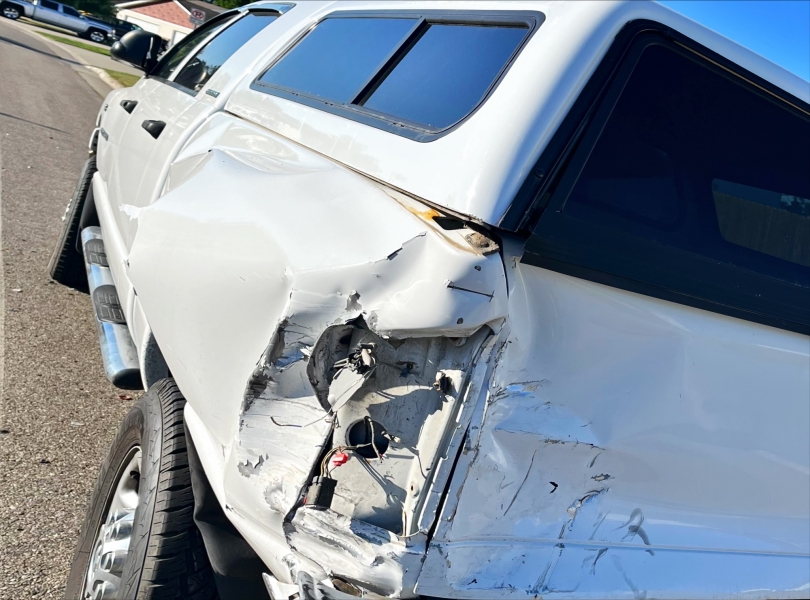 (West Fargo, ND) --  A West Fargo family is sharing their concerns about vehicles speeding through their neighborhood, following three different hit-and-run crashes which have happened outside their home within the last year-and-a-half.

The Jacobson family says they moved to the Elmwood neighborhood in 2020. Mother Brooke Jacobson says the first crash happened that August, when the family's truck and jeep were sideswiped by a driver who fled the scene. The family says they did not have cameras set up at the time.

A second crash happened about two months ago when a family truck was parked on the street. Jacobson says video from a surveillance camera shows a vehicle crash into their truck, causing significant damage. The driver fled the scene, but turned himself in to authorities the next day.

The third crash happened the weekend of October 15th when a family friend was visiting. Their vehicle was struck by a driver in a truck who also left the scene. The Jacobson family posted surveillance video to a community Facebook page, and learned the truck was parked down the street following the incident. The driver was eventually identified.

"It's dangerous, we have kids all over this neighborhood, but yet they don't put in a stop sign or anything to slow traffic down," said Brooke Jacobson.

Jacobson says there are no stop signs on the section of 10th St. W running from 13th Ave W to a round-about located at the intersection 7th St W. She says the hit-and-runs have left the family feeling scared, saying they feel like they are unable to park their vehicles on the street. Jacobson wants the city to do something about speeding on the street before someone gets hurt. .

"What is is going to take - you know? Are you still going to run if you hit a person? This is life and death coming here," said the resident, "It just seems to keep happening. People keep telling me to throw a for sale sign up but we like our neighborhood. I don't want to have to uproot my family."