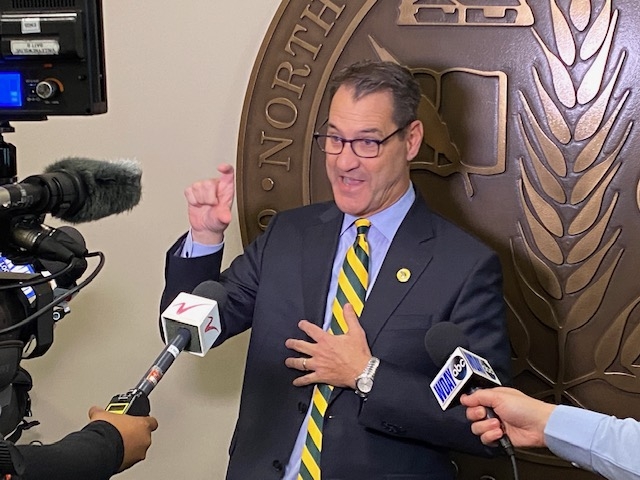 (Fargo, ND) -- The seven colleges that currently make up North Dakota State University could soon be combined to form a total of four or five colleges in response to pending budget cuts, according to NDSU President Dr. David Cook.

"We're going to have to take a look at programs that are out there that maybe are low enrollment high cost and see if, and they may still make a lot of sense. We've got to line those up against what the workforce needs of the state are and that's going to be a critical driver in all this," said Cook.

Cook gave an update Tuesday on the university's effort to come up with a cost cutting plan which is needed because of declining enrollment. Cook says the possibility of reducing the number of colleges at the university is based on the first round of feedback he received from departmental leaders on how the school might move forward. After collecting more input over the next few weeks, Cook says he plans to announce detailed cost cutting moves in January.

"We're pretty excited about this step, but it's kind of the first step in a pretty tough journey over the next couple of months, but I think it's going to set us up for a lot of success moving forward," said Cook.