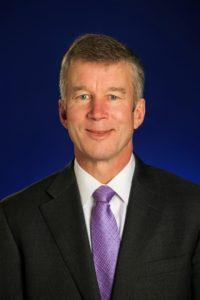 (Seattle, WA) -- Seattle Mariners President and CEO Kevin Mather is resigning after comments he made to a Rotary Club earlier this month surfaced and caused major controversy.

Mather reportedly made the comments to the club in Bellevue, Washington on February 5th but they were posted online over the weekend.

In the comments, he spoke ill of Japanese and Dominican players' ability to speak English, a long-time Mariners infielder was "overpaid," and the team's top pitcher was "very boring."

The team's chairman and managing partner John Stanton, who released a statement expressing his disappointment in the comments Monday, has said he will act as the team's president until a replacement is hired.