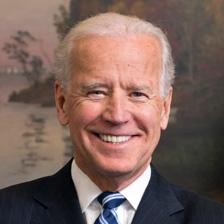 (Washington, DC) -- President Biden will call for all Americans to be eligible for coronavirus vaccines by May 1st.

In his speech Thursday evening, he'll note that will bring the U.S. closer to normal by July 4th.

This as More than 98-million shots have now been given out, just shy of his two month mark in office. That's about three-quarters of the amount distributed.

More than 64-million people have received at least one shot, while roughly one in ten are fully vaccinated.

Biden has previously said the U.S. will have enough vaccine doses for any American who wants one by that time.

The speech Thursday evening will be the first time Biden has addressed the nation as a whole since taking office on January 20th.