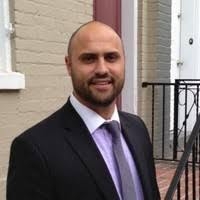 (Bismarck, ND) -- Governor Doug Burgum Monday appointed James Leiman to serve as state Commerce Commissioner, citing his extensive background in enhancing organizations and his effective leadership as the North Dakota Department of Commerce’s director of Economic Development and Finance since March of 2018.

Prior to joining Commerce, Leiman served as city administrator in Ada, Minnesota, from 2015 to 2018, and as chief of integration and synchronization for the U.S. Department of Veterans Affairs from 2011 to 2015.

A U.S. Army veteran, Leiman served as an intelligence analyst and interpreter during Operation Enduring Freedom. He later managed several national security programs at the departments of Homeland Security, State and Agriculture, focusing on counterterrorism efforts. After over a decade of fighting terrorism, Leiman sought to use his skills to solve domestic issues. Leiman’s appointment as Commerce Commissioner is effective immediately.

“James is a transformational leader and change agent who has made a tremendously positive impact on our state’s economy and business climate during his tenure at the Department of Commerce,” Burgum said. “Under his highly capable leadership, the outstanding team at Commerce will continue to support economic growth and diversification, helping our state to emerge stronger than ever from the pandemic.”

Leiman earned a bachelor’s degree in political science and economics at Pacific Lutheran University in Parkland, Wash., a master’s in public administration from The Evergreen State College in Olympia, Washington, and a doctorate in transportation and logistics from North Dakota State University.

Burgum expressed his deepest appreciation for Deputy Commerce Commissioner Shawn Kessel, who has served as interim commerce commissioner since former Commissioner Michelle Kommer returned to the private sector in October. Kessel, who is a past Dickinson city administrator and past president of the Western Dakota Energy Association, North Dakota League of Cities and North Dakota Insurance Reserve Fund, will continue at Commerce as deputy commissioner and chief operating officer.

“Shawn has done an outstanding job as interim commissioner and, true to his professionalism, he encouraged the search for a new commissioner and supported James as the choice for commissioner. As deputy and COO, Shawn will continue to work closely with James and drive future success for the agency and North Dakota’s economy and citizens,” Burgum said. “With their combined experience as city administrators, they understand the importance of the Main Street Initiative’s pillars of building healthy, vibrant communities with smart, efficient infrastructure that can attract and compete for a 21st century workforce, especially as the pandemic has exponentially expanded opportunities to work and build careers remotely. These MSI principles are now more important than ever in our fight to reduce property taxes and diversify our economy.”

“Shawn and I are excited to work with the Commerce team to accelerate efforts to create more resilient communities across North Dakota, support private industry in developing the next generation workforce, promote tourism and lead national economic development efforts in clean energy production, value-added growth and high tech,” Leiman said.

March 29, 2021 - 10:09am
Burgum appoints Dave Krabbenhoft to lead Department of Corrections and Rehabilitation