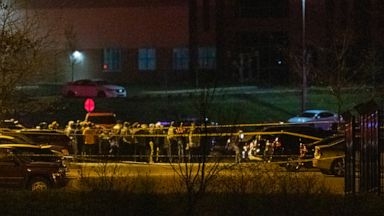 (Bismarck, ND) -- Governor Doug Burgum has directed all government agencies to fly the United States and North Dakota flags at half-staff until sunset Tuesday, April 20th, and encourages North Dakotans to do the same at their homes and businesses, in honor and remembrance of the victims of Thursday’s shooting in Indianapolis.

The shooting led to eight deaths, including the gunman.

A top law enforcement official in Indianapolis shed some light on what happened during a mass shooting at the FedEx facility that left eight people dead. Deputy Chief Craig McCartt said the suspect came to the facility Thursday night and started firing soon after getting out of his car.

McCartt noted there was no confrontation and the suspect appeared to began shooting in the parking lot before going into the building. McCartt said it appears the suspect took his own life before officers entered the building. He also noted it seems the shooting lasted just a couple of minutes. Law enforcement is searching what they believe is the suspect's home, who is being identified as 19-year-old Brandon Scott Hole.

The governor’s directive is in accordance with a proclamation issued Friday by President Joe Biden.