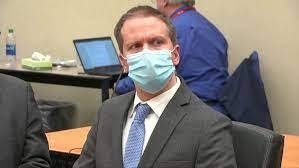 (Minneapolis, MN) -- Attorney Eric Nelson has filed a motion for a new trial for former Minneapolis police officer Derek Chauvin in the death of George Floyd.

Nelson filed the motion on the grounds of juror misconduct, and that the court abused its discretion for failing to agree to the defense’s requests for a change of venue and sequestering the jury.

It took the jury roughly 10 hours of deliberation to reach their verdict.

Cahill said sentencing would occur on June 25th Chauvin could face a maximum overall sentence of 75 years from all three charges he was found guilty of.